Park of the Sun

Based on an initiative by local users, the city council of the town of Dinslaken decided on a makeover of the existing skatepark at Volksgarten park. As part of the process, the end users were closely involved at every stage of the planning and skatepark design process. During the first planning workshop session, all users were not only welcome to contribute ideas in a verbal manner, but also get conceptual by sculpting their own 3D-model using cardboard and modeling clay. In the next step, the details of all individual elements were finalized together with the unique identity-creating element of the facility. This visual dimension of the park was decided upon in the second workshop: the ‘Park of the Sun’.

In creating a unique visual identity for the park, the volcano obstacle at the center of the street area plays a key role. The volcano not only lies at the middle of the sun ray pattern on the multi-colored concrete floor. It also serves as the focal element of the multi-line pathway concept of the Skatepark Dinslaken. As a 360-degree obstacle, it provides users with the unique opportunity to hit any direction of the park with sufficient speed and momentum. Interesting fact from a technical angle: the surface grooves that compose the sun pattern also serve as expansion joints to minimize fractures.

What’s more, the facility is also accessible for WCMX (Wheelchair Skating) thanks to a wheelchair ramp implemented in planning from early stages onward. The overall usage hours of the facility have been expanded by the addition of a lighting system – conceptualized during the planning stages and built as an add-on – that proves especially useful during the autumn and winter months. 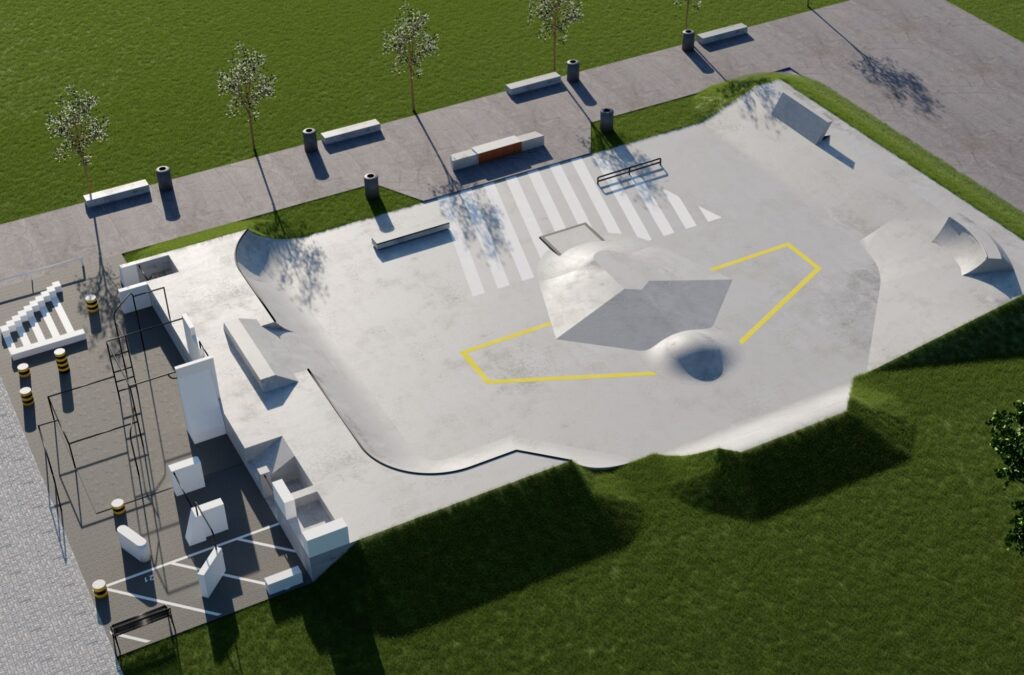 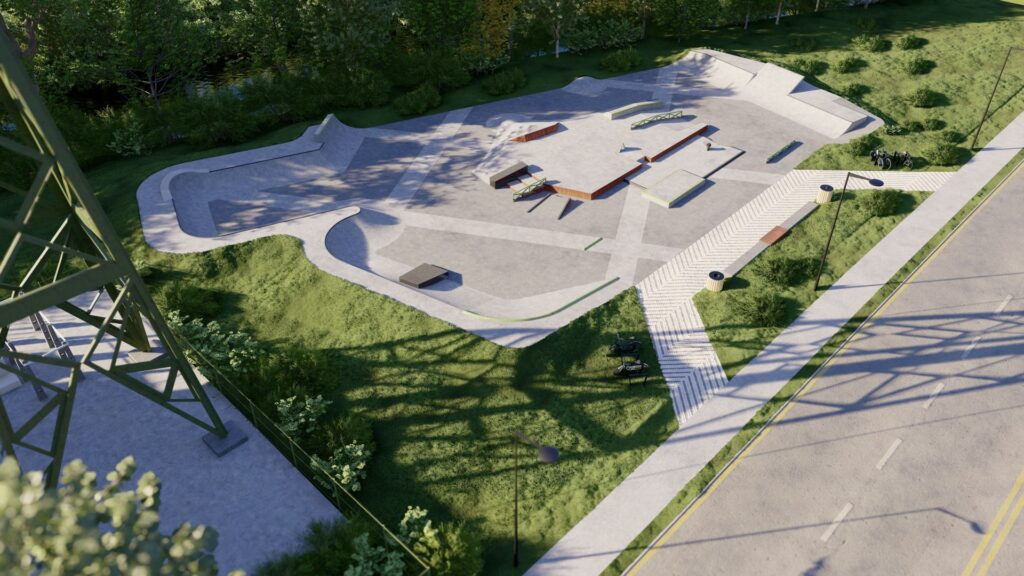 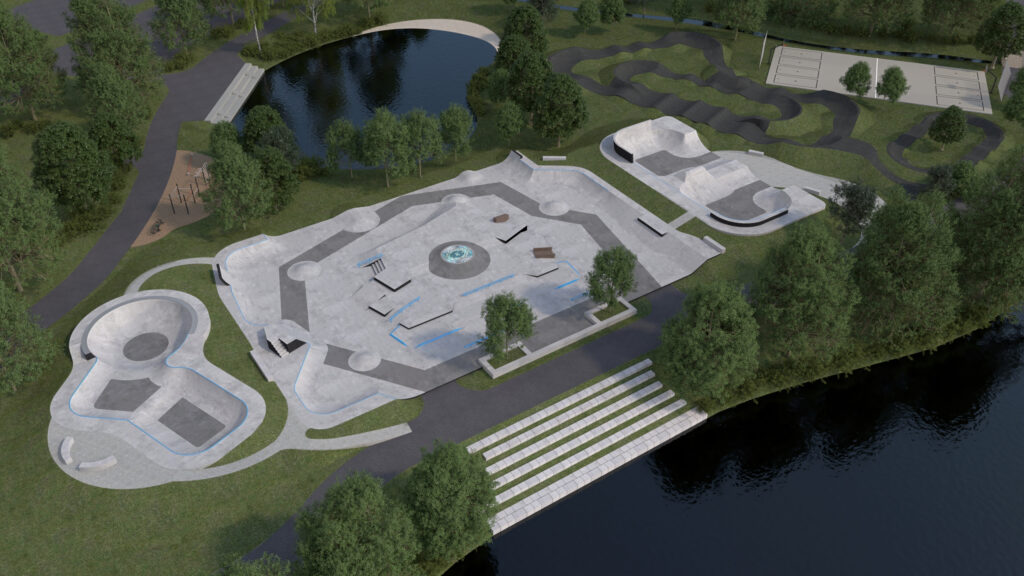 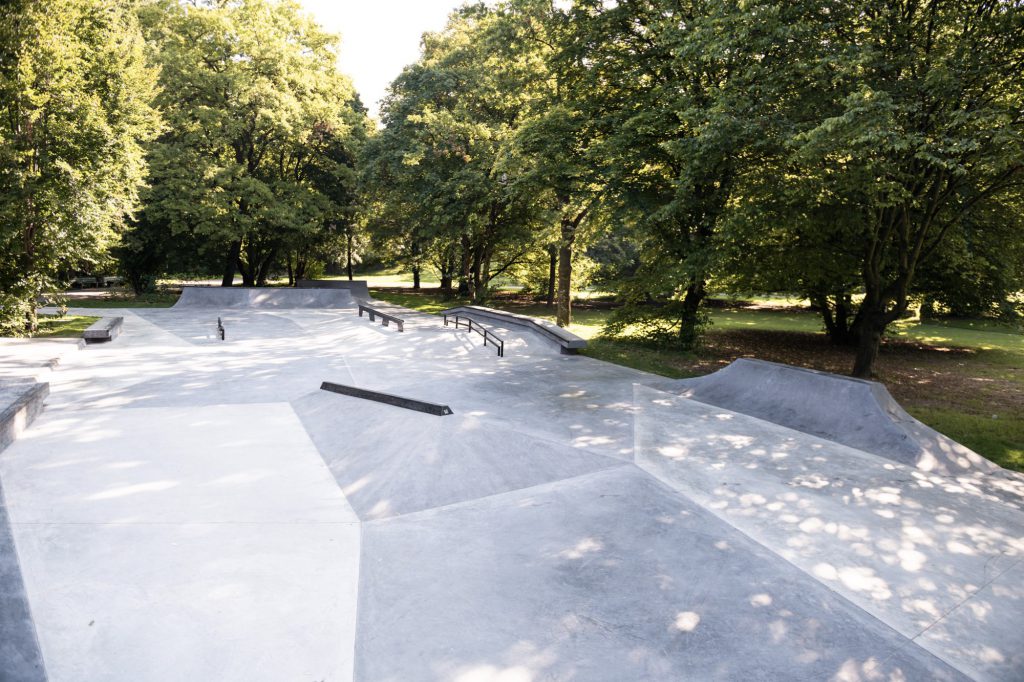 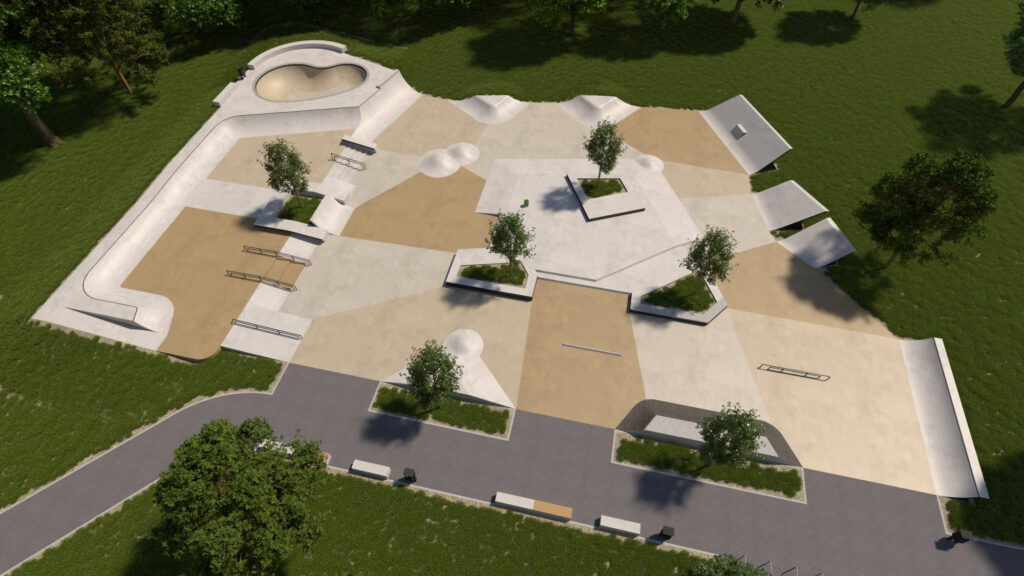 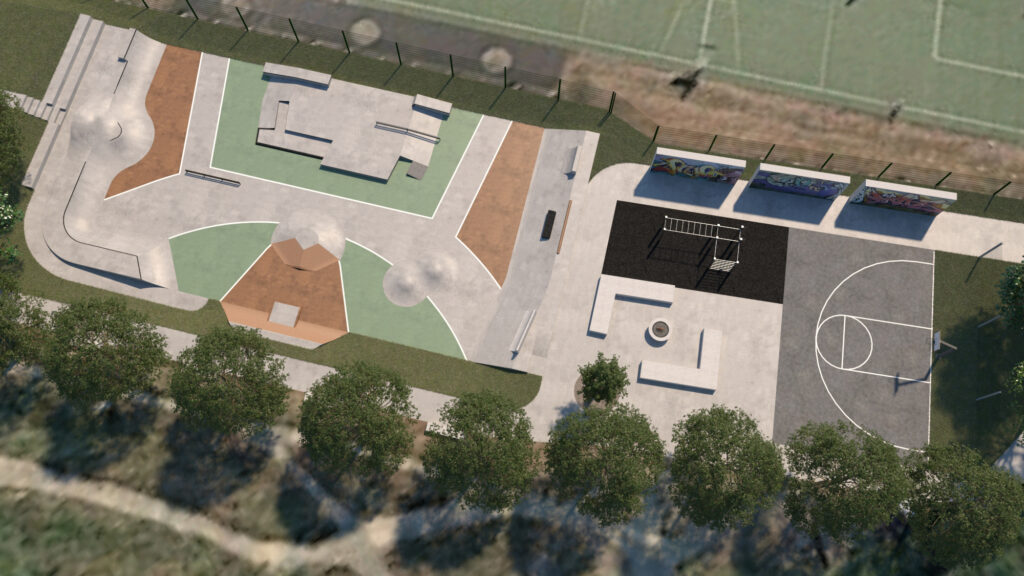 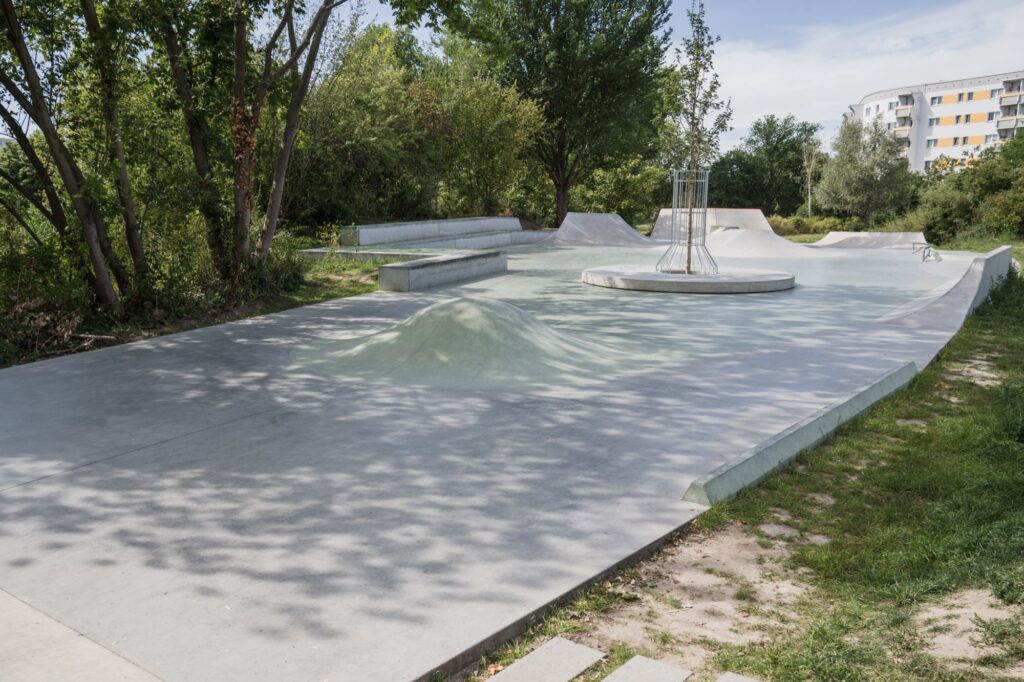 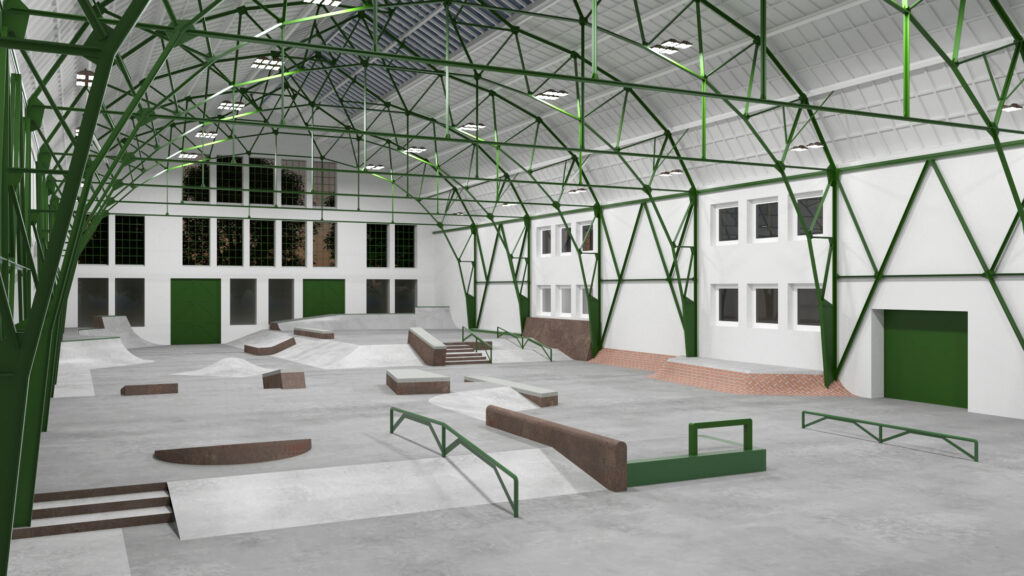 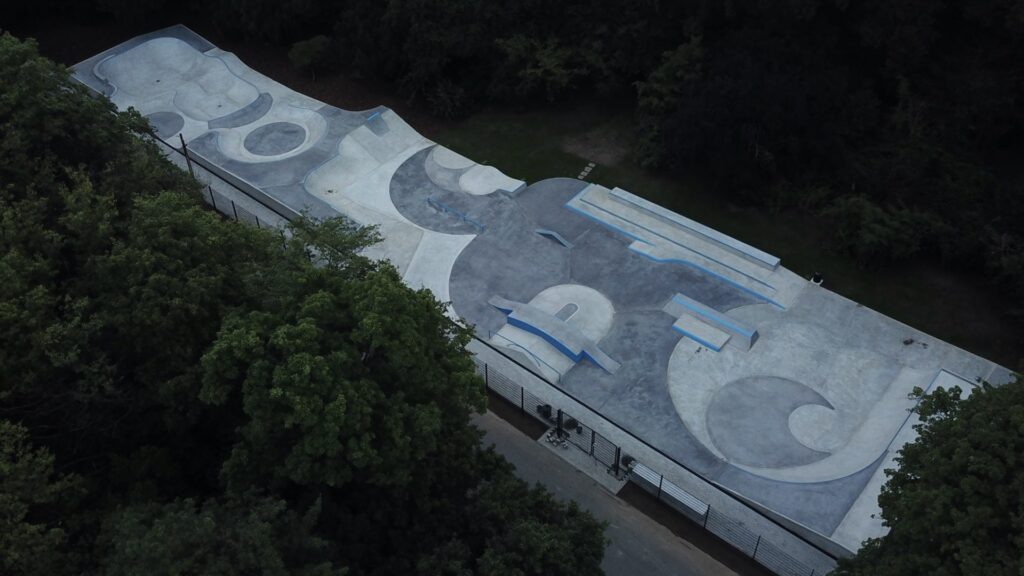 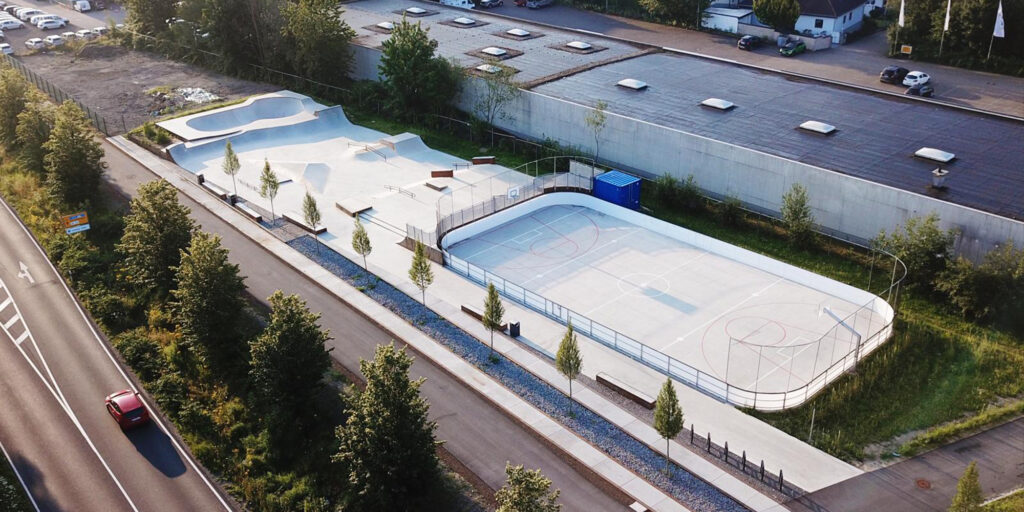